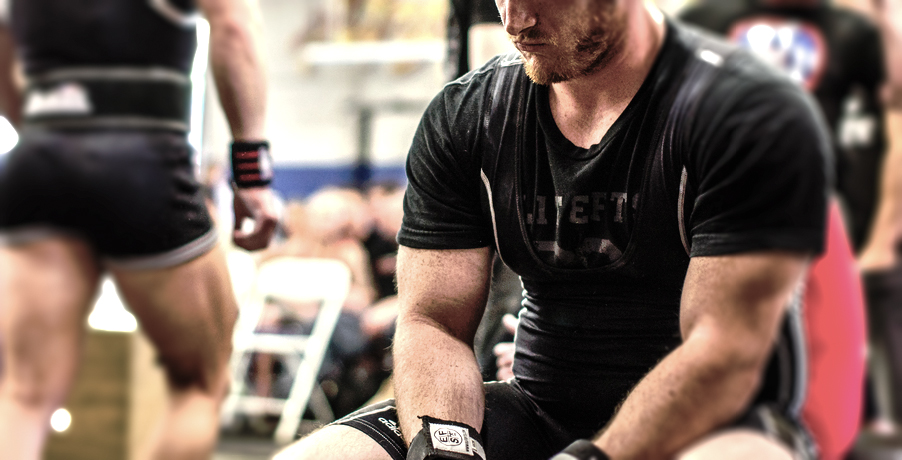 As a competitive powerlifter, there is one mistake you just can’t make.

Bombing out is when you fail to complete at least one successful try in a competitive lift.  When you bomb out (you go 0 for 3) you get a zero in the lift and if you are going for a total you get a 0 for the total as well.  Even worse, if you have already completed a previous lift (say you nailed a nice squat but then bomb in the bench press) that squat is erased.  Bombing out is the cardinal sin of powerlifting and should be avoided at all costs.

As I see it, there are only 3 possible reasons for bombing out: Injury, strength, and failure to understand the rules.  Let’s take a look at each one.

In my mind, injury is the only justifiable reason for bombing out.  If the lifter sustains a significant injury while warming up or performing their first attempt, they likely won’t be able to complete the lift and they’ll have to pull out of the meet.  It sucks but there isn’t much you can do about it.  However, I will add that not understanding your own strength level and failure to understand the rules will greatly increase your chance of injury on meet day – thus by avoiding the next 2 pitfalls you’ll be more likely to avoid injury on meet day.

Strength – or more accurately lack of strength – is another reason for bombing out.  This is when you try the lift and you just can’t complete it.  You get stuck in the hole on squats, you can’t press the bar to completion on bench or you can’t lockout that deadlift.  Even though you failed because you weren’t strong enough, really you failed because you didn’t know how strong you actually are.  You did not have an accurate assessment of yourself and that is one thing that powerlifting should develop quite well.  Any powerlifter could in theory fail from lack of strength.  Ask any lifter in the world to open up with 1200 lbs on squats or 800 lbs on bench and they will fail because no one has ever hit those numbers.  You are not magically stronger on the day of the meet, instead the challenge is to find out exactly how strong you are on that day.  Opening too heavy is just silly, the lifter is chasing a dream – doing what they want to do versus what they are actually capable of.  When a lifter bombs out due to strength I always wonder – what were you hoping to hit on your third?  If you can’t make your opener in 3 tries, what in the world did you think you could do on your third try?  The two key points to fix this are to actually know what your strength level is by occasionally testing it with an honest assessment in the gym (filming the lifts and asking a qualified judge to observe them can be a great asset here) and by selecting the proper weight for your attempts.  How to select your attempts is fully explained in Chapter 16 in my book All About Powerlifting and a more succinct version can be found here.

If you can’t make your opener in 3 tries, what did you think you could do on your third?

The third, and most common reason a lifter bombs out is because they don’t understand the rules of powerlifting.  The big rules that are most commonly violated are: lifters don’t hit depth on the squat (this is by far the main reason why people bomb out in meets), lifters don’t realize how much harder a bench with a press command is (this is the second reason why people bomb out), and lifters don’t realize they are hitching all of their deadlifts (this is more rare but happens occasionally).  Lifters very often make more minor infractions of the rules such as not waiting for the squat command, lifting the butt off of the bench, moving the feet after the commands have been given, but they are usually able to correct those mistakes on the second or third try, particularly if they have selected the proper weight for their opener.  If you are failing because of strength, you simply are not completing the lift without the spotters help.  When it is a technique issue you’ll console yourself by saying “well I did the lift, I was strong enough, it just didn’t count” which should be no consolation at all.  When you are “making the lift” in that you will stand up with the squat, you pressed the bench, you pulled the deadlift but you are getting redlighted because of some infraction – that is failure to understand the rules.  The edges get blurred as well because if you cut your squat high it is noticeably easier than a full squat, so while you might have been strong enough to ¾ squat the weight, you may well not have been strong enough to full squat it.  As my training partner always said, there is no reason to stand up with it in a meet if you didn’t go all the way down with it.  I’d rather lose it in the hole because I hit depth and wasn’t strong enough versus cutting it to “complete” the lift only to look over and see 3 red lights.

There is no real excuse for bombing out in a meet, and if you do so you should judge yourself pretty harshly and you certainly need to learn from the experience.  It should radically shake up your perspective, especially if you bombed because of strength or technique.  If it was strength I hate to break it to you but you are not as strong as you think you are, and no it wasn’t just on that day.  Strength doesn’t fluctuate that much day to day.  You might miss your third because of an “off” day but certainly not your opener, you should hit that if you have the flu (that is not a hyperbole).  And if you bombed because of technique, because you didn’t meet the standards to the rules, don’t just shake it off and say “oh well I do know the rules…” sorry, you obviously don’t.  You might know what they say in theory but you don’t know how to meet the standard.  Go back to the drawing board and start training, every rep, with perfect technique.

The good news is even if you bomb out redemption lies just one meet ahead.  Use that frustration of your poor performance to fuel your training.  Understand the rules, figure out how to properly select your weight and dominate the next time around.  In sports you need a bit of a short memory.  Learn from your mistakes but don’t dwell on them, improve them, and get better the next time around.  That, at its core, is what powerlifting is all about.

2 thoughts on “The One Mistake You Can’t Make”