I am often asked by those newer to the sport or those thinking about entering their first powerlifting competition – what do the competition lifts look like?  There are many forms and variations of the powerlifts in the gym and they want to know if their gym lift would count in a competition?  I also get questions about the rules and what one can and can’t do in a competition.

The point of this article series is to make it very clear what the competition standards are for each lift, along with the key rules.  To be blunt, a seasoned veteran won’t get much out of this series of articles (I will do one article for each competitive lift) but those same lifters are often the ones that are asked this very question.  It is my hope they share the information with any of the newer, up-and-coming lifters they know.

If you simply want a visual guide of a proper competition squat, read no further and have a look at this video:

If you want more information and you want to be fully prepared when it comes to be competition day, read on.

In order to help lifters understand the lifting order in powerlifting, there are several terms that are regularly used.  They are:

Generally when a lifter is “In the Hole” they begin to mentally prep themselves for the event and they will start to put on any powerlifting equipment such as a belt or wrist wraps that they will wear in the event.

Once the Bar is Loaded command is given, you will walk up to the bar and take your grip.  Get your feet set and then lift the bar off and walk it out and assume your squat stance.  Wait for the Command.

Once you are motionless and appear to be comfortable (many give the head judge a slight nod with their head) the head judge will give the “Squat!” Command and will motion downward with his hand.

Here are three examples of a squat depth that is clearly good and would be a legal lift: 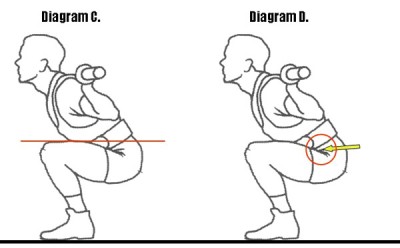 Here are two examples of a squat that is very borderline, it might get reds or it might get whites.  In general you do not want to squat to this depth because now you are leaving the decision in the hands of the judges.

Here are four examples of squats that are clearly high and would not be a legal lift: 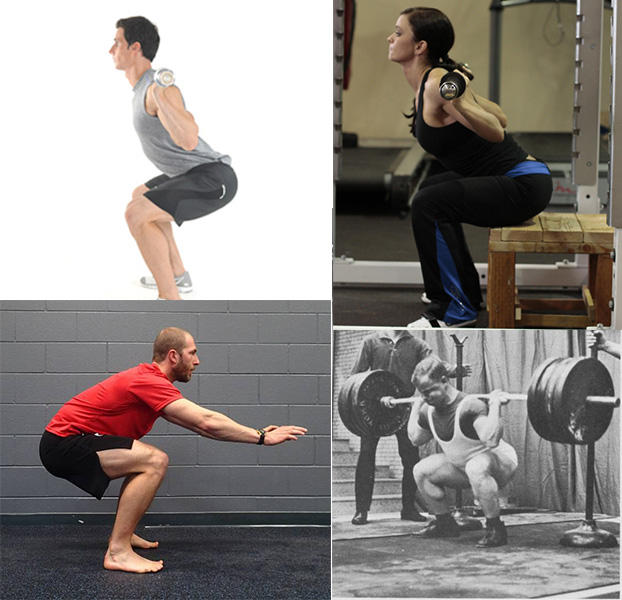 A more detailed analysis is that top of the femur (thigh bone near the hip) points down at the bottom of the squat.  Here is a visual image of that: 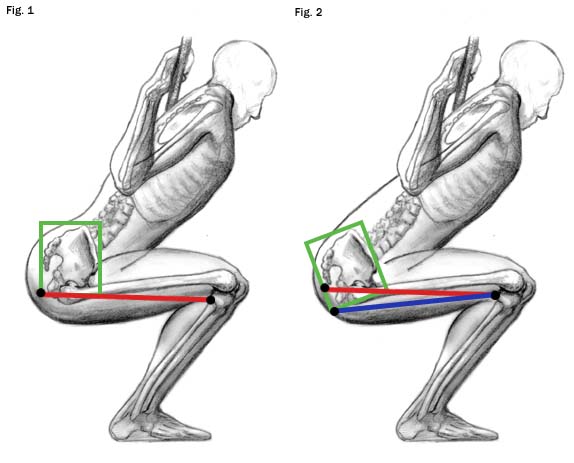 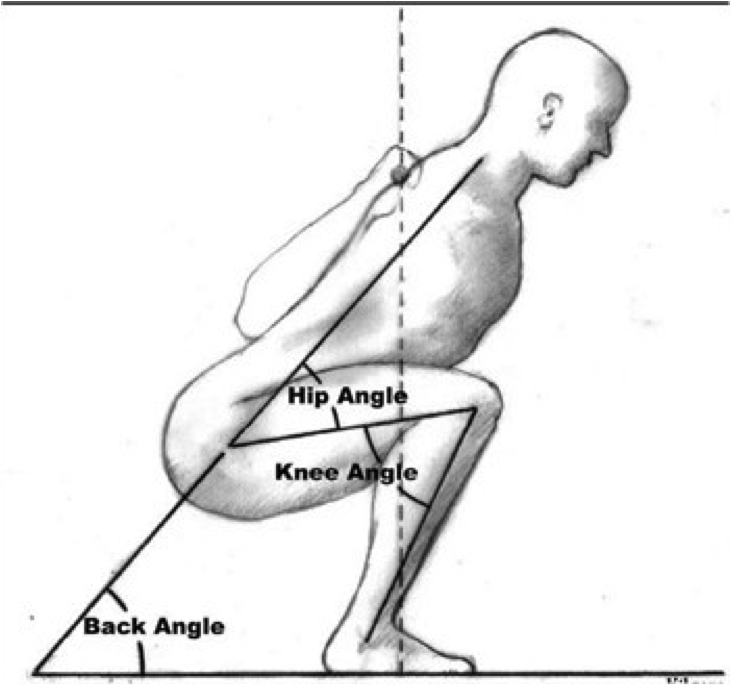 In Summary, it is important for competitors, especially those new to the game, to know what is expected of them and to train to the proper standard.  The 3 most common mistakes for new squatters are:

If you can avoid those 3 pitfalls you will be well on your way to the start of a successful and enjoyable powerlifting journey.

4 thoughts on “What the Competition Lifts Look Like – The Squat”